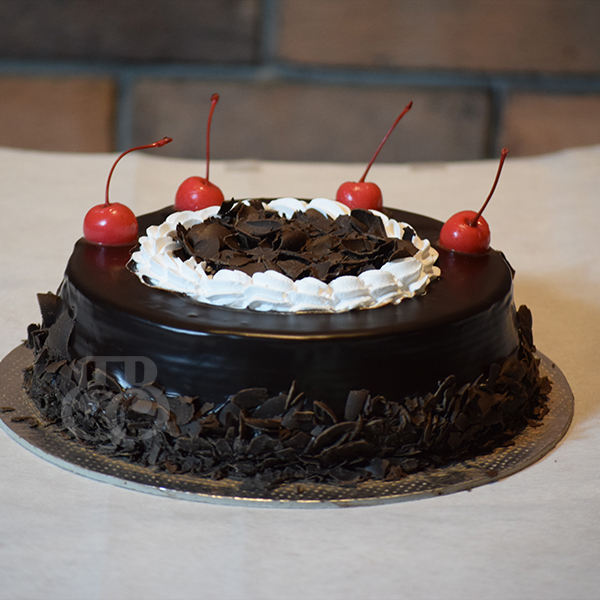 The cake’s name has been argued to have originated from a variety of sources. The traditional dress of the women of the Black Forest may have inspired the name of the cake, according to some historians. The hat’s red pom-poms are like cherries, the shirt is white like cream, and the dress is black like chocolate flakes. Black Forest Cherry Gateau or Torte is what the Germans call it, and it’s also spelled Schwarzwälder Kirschtorte. Some time ago, one of our clients inquired as to where exactly Black Forest Gateau was first created. We decided to find out the history of this delicious cake because we weren’t sure where it came from and it turned out to be a pleasant surprise. Dawn Foods is a wonderful company whose employees deserve praise for providing such a clear explanation.

“If you’ve ever had the pleasure of sampling this multi-layered delicacy, you’ll surely agree that the Black Forest Gateau deserves the title of “iconic classic.” This cake is arguably Germany’s most well-known cake export.

Black Forest Gateau is a multi-layered chocolate cake typically filled with cherries and kirsch and covered in thick layers of whipped cream. Decorate the cake with whipped cream piped on top, maraschino cherries, and chocolate shavings.

It was a visual and gustatory delight, and its popularity in the 1970s and 1980s made it a standard on the dessert menus of restaurants and at social gatherings across the United Kingdom.

The Black Forest Gateau gets its name not from the Black Forest (Schwarzwald) mountains in southwestern Germany, as is commonly believed, but from the distinctive and fiery kirsch alcohol made from Black Forest sour cherries. This alcohol is known as Schwarzwälder Kirsch or Kirsch Wasser: cherry firewater. For legal reasons, a Black Forest Gateau cannot be called such unless it contains the specialty ingredient kirsch; this brings up the cake’s origin narrative.

Originating in the region around the central Swiss lakes, the recipe and tradition for the current cake made its way north to the Rhine Valley and beyond. Black Forest region alcoholic beverages were first mass-produced in the middle of the 1800s. Early forerunners of the modern cake appeared around this time. Near the Swiss town of Zug, where the renowned Zuger sour cherries were first used to make kirsch, the kirsch torte was born. Even though whipped cream would have been an obvious and irresistible addition to this cake in conjunction with the sour cherries, the cake was made without it.

In 1915, at the Café Agner in the town of Bonn, the well-known confectioner Josef Keller (1887-1981) claimed to have invented the contemporary Kirschtorte. Despite the absence of evidence supporting Keller’s claim to have invented the Black Forest Gateau, it is known that he served a variation of the cake and contributed to its rise to fame. Midway through the 1930s, written recipes for the cake begin to appear, and by the 1940s, the cake’s popularity had risen to new heights.

The cake swiftly made its way to Britain, where its name was quickly anglicized into Black Forest Gateau due to the omission of the kirsch, an exotic and expensive ingredient at the time. This cake became a huge hit in Britain in the ’70s and is now hailed as a timeless classic.

Our chocolate sponge cake is layered with whipped buttercream and Morello cherry jam to create the “Black Forest Cake” that we sell. Even while this is impressive, we would never claim that it is “the real thing.” 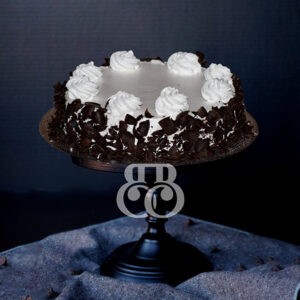 Black Forest Region (Der Schwarzwald in German) in Baden-Wuerttemberg, where is thought to have originated in the late 16th century. The romantic German concept of Waldeinsamkeit, or forest-aloneness, is the inspiration for the term Schwarzwald, which conjures images of gloom and mystery. Chocolate was initially baked into baked goods around this time. Sour cherries with Kirsch or Kirschwasser are regional specialties (a double distilled, clear cherry brandy made from the sour Morello cherry). These cherries, along with the chocolate fondness of the Germans, resulted in a delicious chocolate dessert studded with cherry cream. This brandy may have inspired the name of the cake. From the Cafe Schaefer website, we learn the following about the Black Forest Cake’s origins in 1915: The traditional Black Forest cherry cake was created by Josef Keller (1887-1981). During this time, Keller was working as the pastry chef at the Caf “Ahrend” (now known as Agner) in Bad Godesberg. In 1915, he made the first of what would become known as Schwarzwälder Kirsch or Black Forest Cherries.

Josef Keller served in the military and then opened the cafe Radolfzell. Between the years 1924 and 1927, August Schaefer served as Josef Keller’s apprentice in Radlofzell. After working together for quite some time, Josef Keller finally handed over his recipe book to August Schaefer. His son, current Konditormeister Claus Schaefer, inherited the book and recipe and has been preparing Josef Keller’s original at the Triberg CafSchaefer ever since.

Schaefer, August’s son and the current head chef at Triberg’s Konditorei Schaefer possesses both the recipe book and the original recipe for the now-famous “Schwarzwälder Kirsch.”

According to research conducted by Tingen town archivist Udo Rauch, the Black Forest gateau was likely conceived by master patissier Erwin Hildenbrand in the spring of 1930 at the CafWalz in Tingen. Before this, he had been employed in several other Black Forest locations. In 1949, the cake was ranked as Germany’s Thirteenth Best Known Cake.

Follow the recipe on the back of the chocolate cake mix box, except add 1 teaspoon of red food coloring and 1 teaspoon of vanilla extract. Two 9-inch cake pans should be used for the baking process. After the cake is done baking, take it out of the oven and let it cool on a wire rack. Wrap the cake in plastic wrap once each layer has cooled. It’s best to chill the layers for about an hour in the fridge. Heavy cream and powdered sugar should be whipped together in a large bowl using an electric mixer. Put in the fridge to chill until use. Cut each cooled cake round in half horizontally using a sharp knife. This will provide four layers.

First, coat one layer with 2 tablespoons of cherry brandy and set it on a flat platter. Pipe a thick border (at least one (1) cherry high!) of whipped vanilla or cream cheese frosting around the edge of the first cake layer using a plastic bag. Spread part of the cherry pie filling inside the cake’s exposed ring.

Layer Three: Arrange the third layer on the second. To add another layer, simply repeat the previous steps.

Fourth  Layer: The fourth layer should be positioned atop the third layer. Apply freshly whipped cream as icing to the entire cake.

Put in the fridge and let there for at least two hours before serving. For optimal results, slice after thoroughly chilling.

Can be used to make one (1) four-layer cake. Instructions for making chocolate shavings Using chocolate that has just been pulled from the fridge will yield the greatest results. If the food is at room temperature, rather than being paper thin, it will be thick and crumbly. It all starts with a high-quality chocolate bar if you want to shave chocolate. Hold the chocolate in a paper towel and run a vegetable peeler along the paper towel and the thinnest side of the chocolate block. Like curling wood shavings, the chocolate will do this.

Best Heart Cakes For Romance and Romantic Wishes in 2022