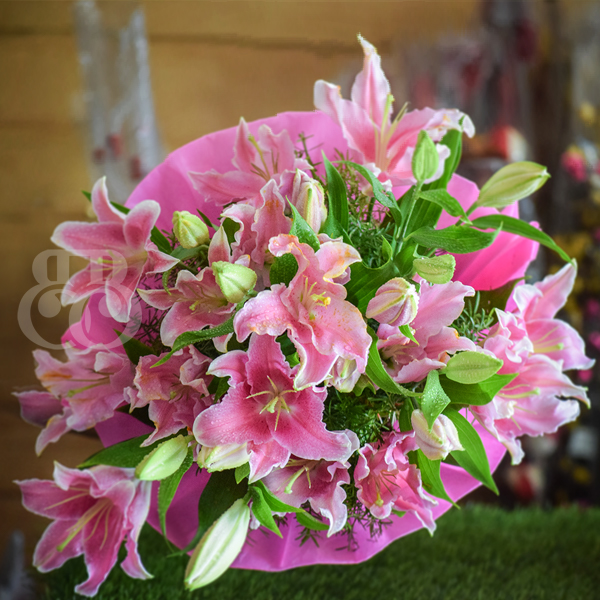 The meanings and symbols associated with lily flowers are as varied and varied as their stunning color palettes and intricate structures. Gifts of these flowers are always well received and can be given at any time of year. In this article, we will discuss the various sorts of lilies that are produced and given as gifts, as well as their origins, meanings, symbols, practical applications, and the most popular varieties.

The “real lilies” are the members of the genus Lilium, which contains lilies. The genus Lilium is the only one whose common name includes the word “lily,” though many other flowers do (and therefore are not true lilies). Floral types that fall within this category include water lilies, calla lilies, and daylilies, among others. The lily, or more specifically the calla lily, is commonly linked to the legend of Hera and Zeus. Hera’s milk was what Zeus wanted his son Hercules to have, at least according to the legend. Hera disapproved of Hercules since he had a different mother. Hercules was taken to Hera by Zeus to nurse on her breasts while she slept, but Hera woke up and rebuffed him. Lilies bloomed from the milk that had spilled. 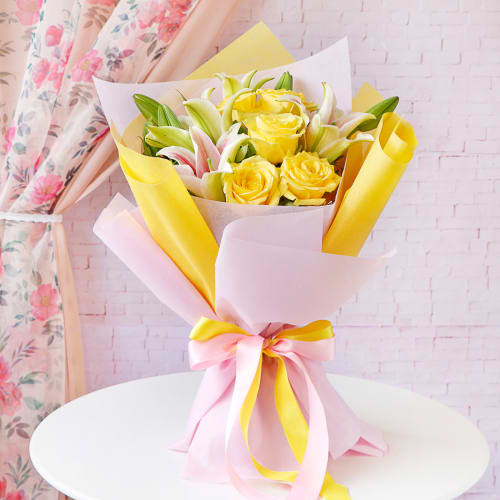 Although the meaning of lilies varies with culture, color, and variety, they typically represent devotion or purity. Due to the story of Hera and Zeus in Greek mythology, lilies have come to symbolize rebirth and motherhood. A hundred years of love is symbolized by lilies, thus they are a popular choice for Chinese wedding flowers. In addition, they are associated with good fortune.

Ishtar, the Assyrian and Babylonian fertility goddess, was linked to lilies.

Madonna lilies, in particular, came to be seen by Christians as symbols of the Blessed Mother.

The lily, which symbolizes fidelity, is the traditional 30th-anniversary gift.

Girls often choose the name Lily since it is the most common of all floral names.

Lilies are frequently utilized as a perfume ingredient due to their strong aroma. Due to their need for a cold, dormant phase, lily bulbs are best planted in the fall. The summer is when you’ll see them in full bloom. 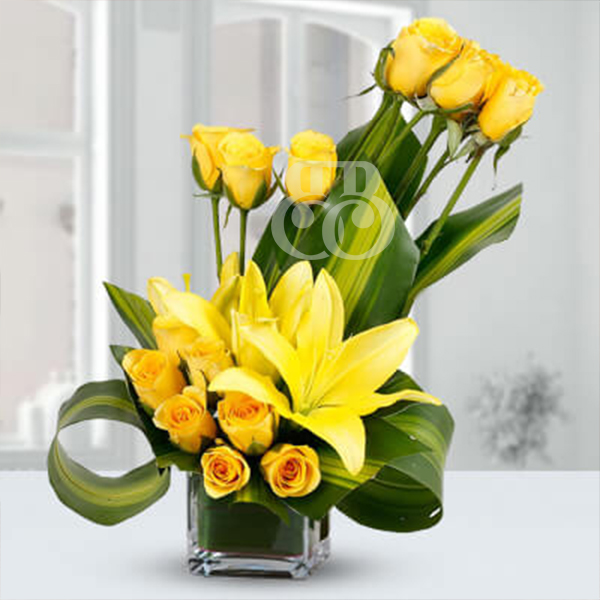 Roots and bulbs of lilies have been utilized in traditional medicine. They were used to heal stomach ailments, and fevers, and to help women through birth by being boiled into drinks. In addition, they have been applied topically to treat wounds and burns.

The lily’s traditional flower meanings in the language of flowers include those of purity, recollection, and fertility. Because of its long-held spiritual significance, including lilies in memorial bouquets is a time-honored tradition. There may be hidden significance in the variety of lilies and the hue of their petals.

Perennials with a scaly bulb, green stems, narrow leaves, and either clustered or single flowers, real lilies (plants in the genus Lilium) typically bloom from early summer to late autumn.

Six segmental petals make up the lovely flower. Some types of lilies, such as the Easter Lily and the Madonna Lilly, have six petals that form a trumpet shape with a long tube.

It’s common for the six petal-like segments of other true lily varieties to be reflexed, making the plant look like a turban. The Turk’s Cap Lily is one example of a lily with this distinctive stance.

However, there are lilies with less reflexed segments, creating a more open bowl shape. L. auratum and L. umbellatum are two such species.

Although the Lilium genus includes the flower usually known as a “lily,” there are many more types of flowers that share this name. The calla lily, the peace lily, the Peruvian lily, and the water lily (sometimes called a lotus flower) all fall under this category.

History and Significance of the Lily flower

There is evidence that lilies were being cultivated in Crete by the 16th century B.C. Here on Mount Olympus, it is claimed that Hera, Zeus’s wife and the queen of the gods, fed the lily to the world. It was a symbol of pristine perfection. Lilies continue to carry significant cultural significance in Greece. Lily flower crowns, renowned for their beauty and significance, are still customary for today’s brides. Lilies were not just significant in Greek culture; they are mentioned in both the Old and New Testaments.

The lily is typically associated with chastity and innocence in most cultures, while in others it has come to represent death and sorrow. In these traditions, lilies were traditionally placed on the graves of martyrs, holy people, and children. When viewed from a different angle, it appears that the lily bloom represented a different kind of purity for these civilizations: purity after death.

The lily bloom is so captivating that a famous Victorian-era explorer, Augustine Henry, gave up his search for therapeutic herbs to track down every variety of lily flowers. The Orange Lilium henryi, also called Henry’s lily, was given Henry’s name in recognition of his mission.

The lily blossom enchanted more than just Augustine Henry. The famous British explorer and plant collector Ernest Henry Wilson went on a massive lily hunt in China. It was on this journey that E.H. Wilson discovered the White Lilium regale, or Regal Lily, as it is often known today.

Symbolically, lilies are significant, and each color lily conveys a unique message.

According to the flower’s rich history, white lilies symbolize innocence or rebirth. As a part of a bridal bouquet or as table centerpieces, they make a perfect choice.

White lilies, in contrast, are a symbol of grief and are often included in funeral bouquets or sent as sympathy flowers.

White lilies, or Madonna lilies, get their name from the flower’s association with the Catholic Church. White flowers are often used to symbolize the Virgin Mary in religious artwork.

Just like a red rose, the red lily is symbolic of undying love and ardor. When looking for a Valentine’s Day gift, these are great alternatives to roses. True and lasting love is represented when they are paired with white lilies, which stand for dedication.

Pink lilies, one of the most popular flower options, symbolize closeness, sympathy, and esteem. They are perfect for celebrating important occasions like birthdays or giving to mom on Mother’s Day.

Because of its sunny hue, the lily can represent a variety of optimistic concepts. They represent joy, faithfulness, and a clean slate. Send beautiful blooms to a loved one who is embarking on a new journey.

The green lily stands out from other flowers as the ideal lucky symbol. Their color, which has come to signify prosperity, has come to represent rebirth and growth. Green Calla lilies are more abundant than true green lilies, despite the former’s rarity. When it comes to religious symbolism, the calla lily has a slightly different connotation than the genuine lily. Like the inherent duality of the lily’s meaning, they are also a symbol of finality.

Orange lilies, fiery and brilliant, stand for bravery and assurance. The Tiger lily is by far the most well-known of these (Lilium lancifolium). They are wonderful presents for celebrations such as weddings, housewarming, and job promotions.

The importance of purple lilies, which are likewise less prevalent than other flower varieties, is the same. This hue is associated with tranquility, majesty, and enlightenment.

Even though they first appeared in the wild only around 40 years ago, Stargazer Lilies have quickly become a classic favorite among lily breeders and growers everywhere. The flower’s stunning color palette includes not only white and red but also pink and bright red spots all over its petals.

Native to South Africa are the showy and colorful calla lilies. Although not technically lilies, they are nonetheless among the most stunning blossoms available. You may get them in several different hues, including white, pink, and yellow.

Native to China, Japan, and Korea, Tiger Lilies are a very long-lived type of lily. This plant has a one-of-a-kind appearance due to its orange flowers with black freckles. Furthermore, they are the zodiac flower representing the sign of Aries.

Early summer blooming is a hallmark of these lilies, making them ideal for use as focal points in perennial gardens. A stunningly gorgeous and fragrant member of the lily family, and one of the most unusual flowers in the world.

Mid- to late-summer is a common time for Regale Lilies to flower. Having these in your garden or home will be like having a little piece of heaven right there.

One of the most dependable cut flowers in the lily family is the Oriental Lily. It is grown extensively in a wide variety of locales due to its cold hardiness and high productivity.

These lilies have brilliant blossoms that look as sweet as they smell. Blooming in early summer, the Asiatic lily is recognizable by its tall, upright blossoms.

Cakes and Flowers for Birthdays celebrations