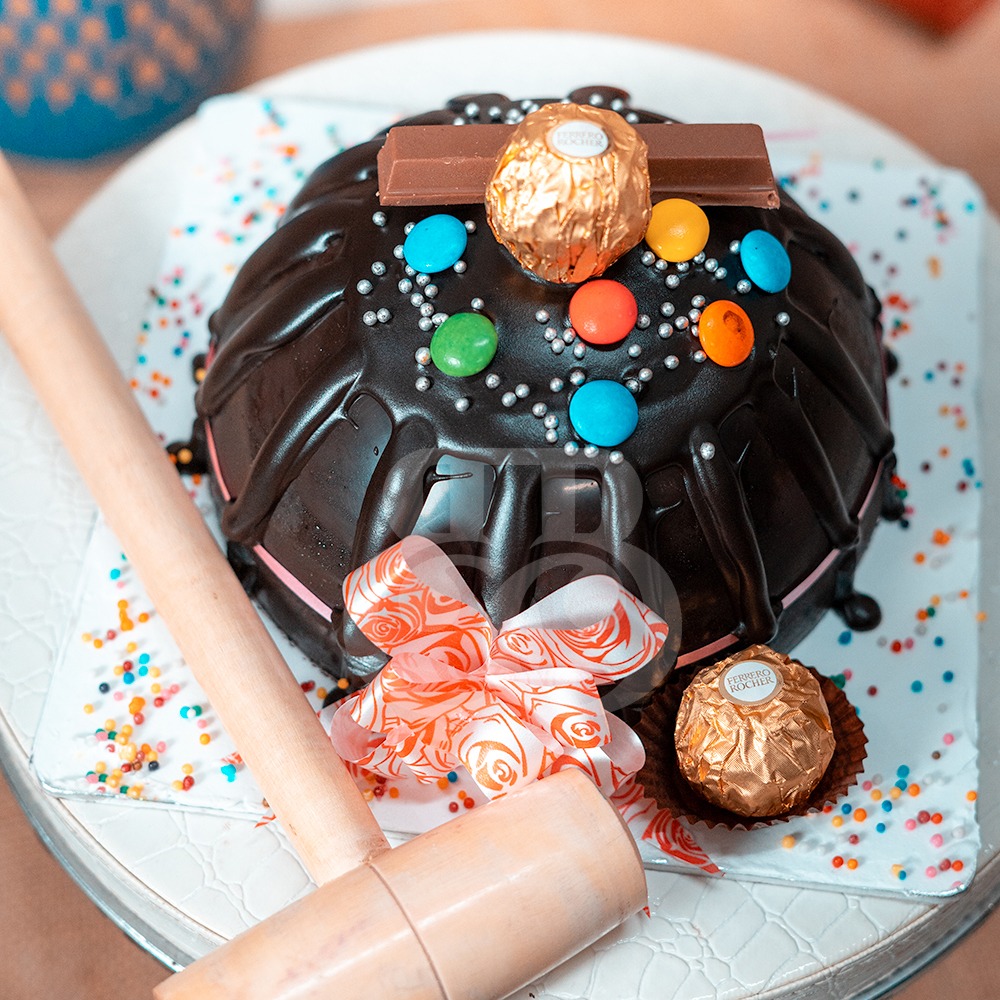 Festivities are meant to spread joy and good times. As a result of our hectic schedules, rare opportunities to relax and take it easy have become highly anticipated. Now, if we’re talking about parties, everyone can agree that a tasty cake makes any celebration that much better. It used to be that regular cakes could be used to pull off a party, but those times have long since passed. Nowadays, everyone is looking for something fresh and exciting, and Bomb Cake fits the bill. These unique cakes take the form of hand grenades and, when opened, reveal a delectable dessert. Anyone who spends any time at all on social media platforms can attest to how stunning they appear. Don’t believe me? To aid you in your selection, we have included the following information about bomb cakes and the many reasons why you should try them.

Yes, we realise that this has been stated previously, but please take it seriously. In addition to being visually appealing, these cakes seem like a lot of fun to eat and are currently fashionable. Having a chocolate bomb cake for your birthday would be a literal and figurative explosion of fun. Imagine how awesome your Instagram feed will appear if all you post are videos of you eating cake. You can see it too, we know it! 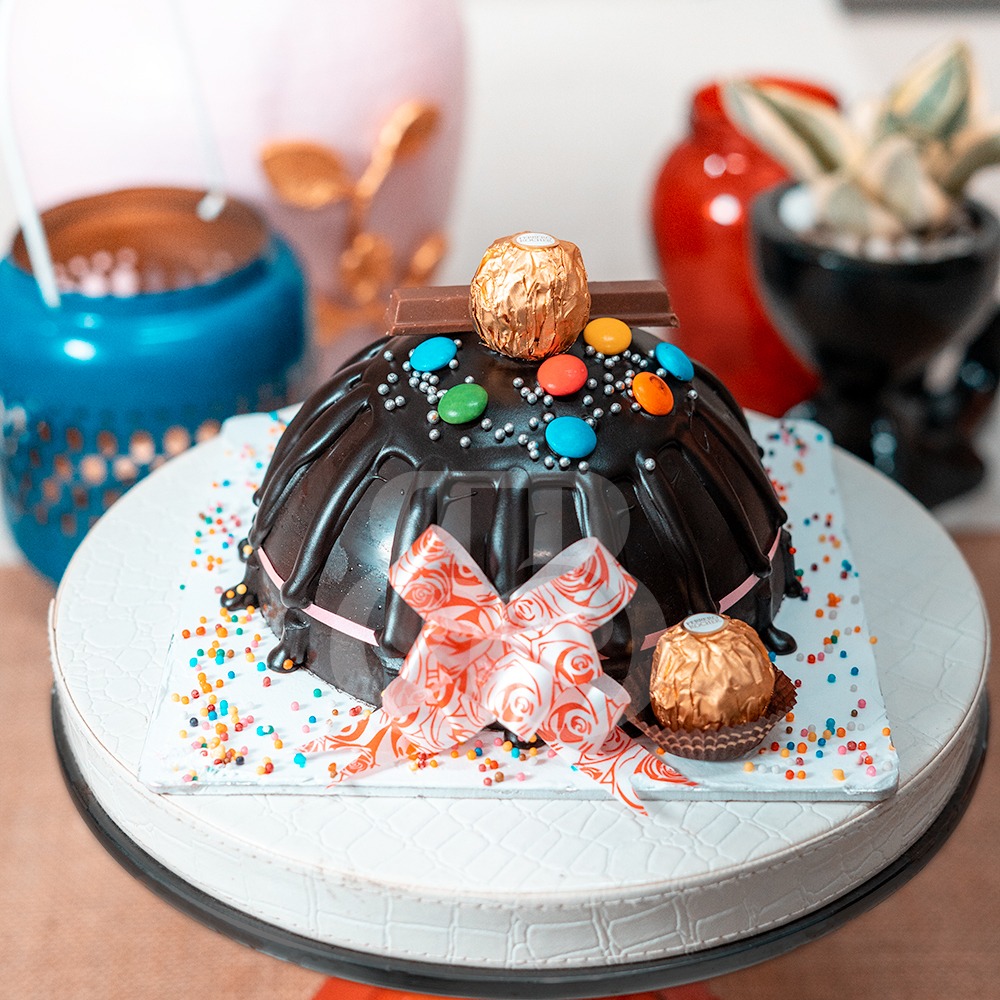 This cake is ideal if you’re looking to throw someone a curveball. No one will know what kind of cake is inside until someone burns the top and it pops open. The novelty of this cake means that many people have never had it before, so it always comes as a nice surprise when they do.

Favorable to Young Ones

Since it is common knowledge that children enjoy novel experiences, this cake may serve as the perfect birthday treat for youngsters. We can almost imagine the joy on your child’s face as he or she bounces up and down in anticipation of opening that special present.

At least we can all agree that most celebration cakes are a huge disaster. Not this one though. Cleansing a bomb cake is as simple as lighting the top like a candle, waiting for the shell to break open to reveal a delicate cake, and then slicing the cake as usual. It’s hassle-free, spotless, and rad.

You’d be sort of mistaken if you assumed the recipe for the bomb cake would be extremely challenging. Almost, since it takes some practice to get the hang of putting up the cake inside the shell, but the effort is well worth it when the cake is finally ready to be enjoyed. As a bonus, the cake shell is yours to keep and reuse when you order this particular dessert. Even if the explosion doesn’t go off the way you remember it, you can probably make it work in some other way, and you’ll have another party accessory to use at your next get-together.

I say we break out the chocolate cake! If you’re a true chocolate lover, you have to try this Vegan Chocolate Bomb Cake. Perhaps even if you’re not a fan of chocolate due to its intense flavor. Being “vegan” does not guarantee that a cake is “healthy”, Even if they are vegan, eating a lot of chocolate will still cause them to gain weight. Don’t get crazy and gorge yourself on all that bomb cake at once! Simpler is better. 😉

This week, both my blog and my friend Andrea’s site, Zimtkeks & Apfeltarte, will be dedicated entirely to vegan dishes. As a twist on our regular monthly “Bake Together – The Baking Surprise,” we decided to make it a “Vegan Bake Together” week, complete with daily vegan recipe introductions. From the morning meal till dessert. This is our second “season,” if you will; if you’re interested in perusing the recipes we created last year, you can do so by downloading our recipe e-book at no cost right now.

Here, chocolate is the main attraction today. To be fair, this is not a particularly large bomb cake. Not even a big chocolate bomb 😉 Since only two of us live here (not counting the French Bulldog), it makes sense to bake individual-sized cakes. No matter how much I try, I just can’t eat that much sugar, and with COVID and the lockdown in effect, I can’t feed anyone but my partner. Check to try some of the other bomb cake recipes on the blog if you need something to feed a sizable group of people. True chocolate lovers need not apply.

The cake layers are dense and moist, making this a delicious dessert. If you decide to bake this cake, you should know that the frosting is a chocolate ganache, which is both creamy and delicious. You may have come to the wrong spot if a “hint” of chocolate is all you’re after.

As I was baking this cake, I intended for it to be slightly less sugary than it turned out to be. When too much chocolate is used in a baked item, the flavor can become overpowering. This strategy ultimately failed to bear fruit. The cake layers themselves aren’t the issue; I made a concerted effort to limit the sugar content in comparison to other bomb cake recipes. Layers of cake can be made nearly sugar-free by subbing xylitol or another sugar alternative for some or all of the brown sugar. In the end, picking out a frosting was the hardest part. I started with a Vegan German Buttercream because I wanted to reduce the sweetness. That’s pudding folded into the buttercream. simple to prepare, and may be modified easily to eliminate sugar. That did not go according to my original idea. The vegan butter was too grainy to combine with the pudding smoothly. Not overly sugary or flavorful, but a distinctly disagreeable mouthfeel. We can’t prevent every mishap. The chocolate ganache icing is delicious, but it is somewhat decadent. We may always be in a worse situation.

Vegan Bake Party: How to Make a Baking Surprise

First, Make the chocolate icing. To a heatproof bowl, add the chopped chocolate, coconut cream, maple syrup, and salt. For a silky chocolate sauce, melt the chocolate in a heatproof bowl set over a pot of simmering water or in 30-second increments in the microwave, stirring after each. To speed up the cooling process, cover the bowl and leave it in the fridge for at least three hours or overnight.

Second, get the oven up to temperature (350F/180C). Prepare two 15-centimeter-diameter (about 6-inch) cake pans by lightly greasing them. Almond milk and apple cider vinegar should be combined and let stand for about 5 minutes.

To make the margarine, melt it in the microwave or a pot on the stove, then stir in the maple syrup, instant espresso powder, and vanilla essence.

Fourth, in a sizable basin, combine the flour, brown sugar, cocoa powder, baking powder, and baking soda. After the margarine has melted, add the almond milk that has been curdled. Stir until everything is just blended. Bake for 28-32 minutes, or until a wooden skewer inserted into the center of a cake comes out clean. Divide the batter evenly between the prepared bomb cake tins and smooth the top. Remove from the oven and cool on a wire rack.

Once the cakes have cooled, you may go on to the chocolate frosting by whisking it for 8-10 minutes, until it is light and frothy, and completely smooth. Although the frosting may appear grainy at first, if you keep whisking it, the texture will smooth out. If the mixture still doesn’t look right after whisking (maybe because it was too cold), heat it slightly.

After the cake layers have cooled, cut them in half horizontally, set one half on a serving platter, and spread a generous amount of chocolate frosting on top. Put another cake layer on top of the icing and spread it around evenly. Use the remaining cake layers and icing to make another cake. After you’ve stacked the layers, use icing to seal any cracks along the sides and cover the entire cake in a light coating of chocolate frosting. Put it in the fridge for about 20 minutes to chill and set. Put the finishing touches on the bomb cake by adding extra frosting and swirling it over the top. Presentation is not necessary. Chop some more chocolate for garnish (not required) and serve immediately to ravenous chocolate enthusiasts.

Get More: Orchid Flower in Bangalore

Everything said above is true; in fact, it would be impossible to exaggerate how delicious this cake is. In such case, place your purchase immediately and prepare for a booming good time.